Misadventures of a Backup Bride
by
Shayla Black
Goodreads 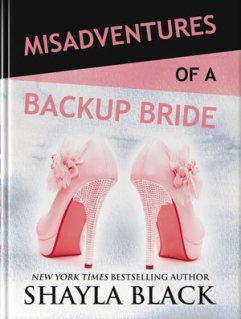 An Overnight Billionaire. When Carson Frost inherits a confectionary that rakes in billions but is too cash-strapped to last another sixty days, he agrees to take a loan from his late father’s rival. There are two catches: Carson has to sign over a permanent stake in the company, and marry the man’s daughter.Concocts a Fake Bride

. Two weeks before the wedding, he gets cold feet and claims he’s in love with someone else. The investor says he’ll still hand over the cash if Carson takes a stroll down the aisle with the woman who owns his heart. Since he isn’t even dating anyone, Carson panics. Where is he going to find a bride willing to jilt him at the altar on such short notice?And Whips Up a Little Love. Ella Hope is an actress happy for any paying gig, but jilting a hottie in public isn

’t what she had in mind. Still, she needs rent, and he’s in a bind. How hard can it be? While playing at matrimony, suddenly their intimacy isn’t so fake. Ella can’t help but fantasize that Carson is her groom and they will live happily ever after. But once his company is safe, will he want her anymore?

Misadventures of a Backup Bride by Shayla Black was a delightful, steamy, and all consuming romance that I could not put down! From start to finish this book had me hooked in to everything I was reading with these characters, it gave me a story that was fast paced and worked so phenomenally well, and it gave me a reading experience that was fully enjoyable through every word. This story was well written, it was enrapturing as all get out, and it gave me a love story that made me blush and hit my heart in the same breath!

This is the first book that I have right by Shayla Black, but I know that it will not be the last. I absolutely loved her writing style. She made it so easy for me to fall right into the story with these characters, and I love how she let me feel and experience it all with them. Her effervescent writing gave me these characters, their personalities, their story, and it just gave me them. I loved that. I loved how I felt like I was living this book with them and it made this book even more enjoyable to read because of that.

What I loved about Misadventures of a Backup Bride was the premise of the story, how this author perfectly blended a story of steam and sexy with sweet and heartfelt, and how I just fell in love with these characters.

What you get with Carson and Ella as the story unfolds will melt your heart among other things, and will have you rooting for them! This story follows them as they see if a bargain and an agreement between them could lead to much more than either of them thought. Carson needs a bride. He’s trying to save his family business, and he’s trying to be a good guy who does the right thing. Ella is an actress who is trying to help Carson do just that. What starts off as the two of them agreeing to help each other out, soon find them falling hard and fast for each other. This story follows them through every twist and turn, through every high and low, and as these to try to see what could be with the very real and very heartfelt feelings that have grown between them.

What I loved about Carson was that he was so genuine and was a good guy trying to do the right thing for everyone involved. That pulled me into his character, and it seared me to him with what I got with him in the story. He was a man that completely stole my heart through every word that I got with him. Ella was a female character that I immediately connected to. She was real, she was sweet, and she was an independent woman ready to do what needed to be done. What she didn’t expect was to fall for Carson so quickly and so deeply, but I loved that throughout all of those feelings she had for him, she was still smart and headstrong and not afraid to fight for what she wanted. I loved both of these character so much, and the way that Shayla Black makes them so real, so authentic, and so easy to love will have you rooting for them every step of the way!

This was another phenomenal addition to the Misadventures Series. This book had it all. It had the spark and fire between these characters that I could not get enough of. It had their love and the world a feeling that developed between them. It had a story that was unique and consuming. It had the writing that brought it all together, and I truly can’t say enough how much I loved it! This was a well-written, fast-paced, and all-around phenomenal read. If you are looking for something quick and enjoyable, then run yourself to this amazing book this second!

It will make you blush and melt and you will love every single sweet and sultry second you get within its pages! 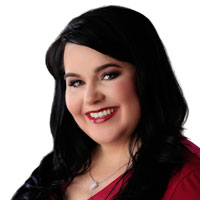 Shayla Black is the New York Times and USA Today bestselling author of more than fifty novels. For nearly twenty years, she’s written contemporary, erotic, paranormal, and historical romances via traditional, independent, foreign, and audio publishers. Her books have sold millions of copies and been published in a dozen languages.
Raised an only child, Shayla occupied herself with lots of daydreaming, much to the chagrin of her teachers. In college, she found her love for reading and realized that she could have a career publishing the stories spinning in her imagination. Though she graduated with a degree in Marketing/Advertising and embarked on a stint in corporate America to pay the bills, her heart has always been with her characters. She’s thrilled that she’s been living her dream as a full-time author for the past eight years.
Shayla currently lives in North Texas with her wonderfully supportive husband, her teenage daughter, and two spoiled tabbies. In her “free” time, she enjoys reality TV, reading, and listening to an eclectic blend of music.
Facebook           Website                 instagram                  Twitter
a Rafflecopter giveaway