Ever Leath, leader of the deadliest crew within the Magical Enforcement and Containment Agency’s ranks, has always known she’s a half-breed—until a visit from her estranged mother changes everything. She’s determined to marry Ever off for political gain, no matter the consequences—even if it means Ever’s life.
Searching for the truth leads to disturbing doubts about Ever’s heritage, and just as answers appear, so does Dare Fitzpatrick. Captain of the Royal Goblin Guards and son to the current Goblin King, he claims he knows who Ever’s real father is and that she could be in danger. Ever doubts Dare, until he helps her escape the clutches of her would-be suitor and grants her shelter within the Goblin Kingdom.
Staying in Goblin, which has previously been off-limits to half-breeds, is a risk Ever has to take to keep everyone she loves safe. Neither of them planned on the fiery heat between them, but Dare won’t take no for an answer.  Ever knows she can’t risk losing her heart to the cocky goblin, despite her attraction to him. At least that’s the plan.
Until it all falls apart.

Graceley Knox is an up and coming paranormal and fantasy romance author with a serious caffeine and book addiction. She prefers to listen to music while she writes and is a former New Englander living on the Gulf Coast of Florida. By day she works in the publishing industry, and by night, she plots out the many ideas cluttering her mind. When she’s not reading, writing, or hanging out with her large extended family you can find her on her various social media accounts.

Check out this Halloween Treat from Tia Louise!

A STANDALONE PARANORMAL ROMANCE, based on ONE TO HOLD, Book #1 in the One to Hold series.

Listen to the Spotify playlist for ONE IMMORTAL: http://bit.ly/1MpcWd1

Derek Alexander left the military intending to become a private investigator, but with two powerful shifters as partners and an immunity to vampire glamour, he instead rose to the top in paranormal justice.

At a bar on Bourbon Street, Derek and Melissa cross paths, and their sexual chemistry is off the charts. Acting on their feelings, they are pulled deeper into an affair, but Melissa is hiding, hoping to escape her cruel maker.

It doesn’t take long before the shifters uncover her secret. Still, Derek is determined to confront the Old One and reclaim her mortality—even at the risk of losing his.

A STANDALONE PARANORMAL ROMANCE with an HEA based on characters from the One to Hold series. Contains voluptuous vampires, alluring alpha military heroes, scorching-hot shifters, beguiling witches, and panty-melting sexy times. Keep the fans nearby… Readers 18 and older only, please.

(A paranormal retelling of the Derek & Melissa story)

Derek clears his throat, and glances down. “You told them?”

“Told us what?” Patrick looks up from where he and Elaine are sharing a private tête-à-tête consisting of smiles and soft laughter.

“My friend got a little hungry last night.” Elaine gives him a wink, but his expression turns fierce. If my friend weren’t blocking him, he’d be on his feet grabbing me.

Derek extends a strong arm. “Take it easy. It doesn’t concern you.”

“Fucking concerns me if you end up dead and drained.”

I’m down the short flight of stairs, out on the flagstone sidewalk, when Derek catches me, cornering me between a white stucco column and a curtained window. His large body shields me from the street traffic.

“Where are you going?” A smile is in his voice, but I’m on the verge of tears.

“He’s right. I can’t risk your life like this.”

Holding his arms, I can’t stop a shiver. “If anything happened to you. If I couldn’t stop—”

“You will. You controlled it last night. You’ll control it again.”

Shaking my head, my fingers tighten on his biceps. “You have no idea how hard it is to control.” His nearness, his breath against my skin sends desire racing to my core. “I can barely control it now.”

His head lowers, his breath a warm whisper at my cheek. “What are you feeling right now?”

Lifting my chin, I take a deep inhale of his masculine scent. My nose just touches his collarbone, following the line of his neck higher. My insides clench, and I feel his muscles respond to my nearness, beckoning me on. His pulse is just beneath his skin. A whispered moan exhales through my lips as they part, allowing me to touch him with my tongue.

With a hiss, I realize my fangs are out. I’m on the street, in the middle of a mercifully overcast day, on the edge of biting him again. My hand flies to cover my mouth, and I see desire burning in his navy eyes.

“Oh, god, Derek.” I can barely speak between my changed features and my hand.

He shocks me when he only grins. “Glad I’m not the only one who can’t hide how attracted I am to you.” A shift of his hips, and I feel the erection nudging my thigh.

It’s exactly what I needed, because a little laugh chokes out with my frightened tears. He pulls my face to his chest while we both attempt to regain control.

“Deep breaths, my love. I’m not going anywhere, and you’re not going to hurt me.”

Get ONE TO HOLD for FREE:

Tia Louise is the Amazon and International Bestselling author of the ONE TO HOLD series.

From “Readers’ Choice” nominations, to picking up USA Today “Happily Ever After” nods, to winning a 2014 “Lady Boner Award” (LOL!), nothing makes her happier than communicating with fans and weaving new tales into the Alexander-Knight world of stories.

A former journalist, Louise lives in the center of the USA with her lovely family and one grumpy cat. There, she dreams up stories she hopes are engaging, hot, and sexy, and that cause readers rethink common public locations…

Grand Prize: Signed Set of the ENTIRE One to Hold Series

Signed Copy of One Immortal 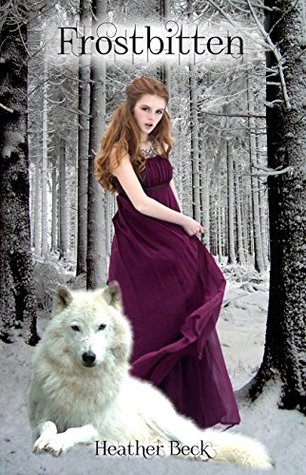 Seventeen-year-old Anastasia Lockhart has never led an easy life, but when she starts getting into serious trouble, she’s sent to live with her grandparents in Cedar Falls. The small, picturesque town hasn’t changed since she visited four years ago, with one exception – the presence of a handsome, mysterious boy named Frost. Despite warnings from her grandparents and friends to stay away from Frost, Anastasia can’t deny their attraction, and the more time they spend together, the deeper in love they fall. Unfortunately, Frost has a secret that is beyond Anastasia’s wildest imagination, and she soon finds herself in the midst of a supernatural legend that has haunted Cedar Falls for years.

Can Anastasia and Frost’s love really overcome anything, or are their fates much darker?

I must admit that while I do definitely enjoy reading young adult books, I am sometimes hesitant to read paranormal books within the genre. It’s not that I haven’t read these types of books, or that I haven’t immensely enjoyed these books, it’s just that I naturally don’t lean towards them.

After reading Frostbitten by Heather Beck, I’m thinking I should change that inclination.

Frostbitten is a paranormal young adult novel that focuses in on Anastasia Lockhart as she goes to live with her grandparents in the quaint little town of Cedar Falls. But soon Anastasia finds that not everything is as quaint as it appears in this sleepy little town. There are some dark mysteries running rampant through this town, and Anastasia soon finds herself immersed in them.

Wonderfully balanced with the mystery surrounding the town of Cedar Falls is the development of Anastasia’s relationship with a mysterious boy named Frost. These two have an instant bond and connection, and their bonds only grow throughout this story. Frostbitten follows Anastasia as she begins to fall into all of her feelings for Frost, while trying to discover the answers to the many questions surrounding the supernatural events taking place in Cedar Falls.

What I absolutely adored about this book:

Frostbitten was a truly fantastic book to read. It had so many aspects that I truly enjoy and thrive on when I read. It was engaging as hell. It had well and thoughtfully developed characters with some spunk. It had a storyline that was fresh to read, and that just continued to get better as I read. It also had that something extra that just made it a truly enjoyable book.

While I may not be the most well versed in books with paranormal and supernatural elements, I have to say that I think this one hit it out the park in that respect.

So I hope you’ll all take a minute to check out the book and its author. Give it chance, just like I did. I think you’ll be extremely happy you did. I know I am.

Take that leap of faith in reading. You’d do well to remember that.

Heather Beck is a Canadian Author and Screenwriter who began writing professionally at the age of sixteen. Since then she has written eleven well-reviewed books, including the bestselling series, The Horror Diaries, which has sold in six continents.

Heather received an Honors Bachelor of Arts degree from university where she specialized in English and studied an array of disciplines. Currently, she is working on the Frostbitten series and has two anthologies slated for publication. As a screenwriter, Heather has multiple television shows and movies in development. Her short films include: Young Eyes, The Rarity, Too Sensible For Love, Circular, and the forthcoming Witch’s Brew.

Besides writing, Heather’s greatest passion is the outdoors. She is an award-winning fisherwoman and a regular hiker. Her hobbies include swimming, playing badminton and volunteering with non-profit organizations.

Frostbitten truly was a wonderful book, and I am so glad I had the chance to read it. The writing is beautiful and the story is great, so be sure to check out this book and Heather Beck today!

Happy 3rd birthday to the cutest little nugget this world ever did see. I love my Wucas! #HappyBirthdayLucas #pieface #babyshark #cutestlittlenugget
Because when you have the chance to get donuts, you get the damn donuts. 🍩 #itsarule #livingmybestlife #withduckdonuts #livingthedonutlife
Good news y’all, my love of personal growth books (and the F word 😂) is still going strong into 2020. Let’s do this. #keepgrowing #letsdothis #livingmybestlife #withallthebooks #booklove
Pajamas, wine, a charcuterie board I made myself, my bestie, and Netflix. This is New Years Eve at 28 and I ain’t mad about it. Not one little bit. #happynewyear #livingmybestlife #hello2020
It’s time for another episode of “Megan attempting things that are clearly designed for children.” 😂 (Not captured on video is my 5 minute attempt at getting out of the foam zone.) #livingmybestlife #atskyzone #nailedit #winterbreakshenanigans
Master’s degree.....✅ "Did everyone see that? Because I will not be doing it again." 😂 #mastersdegree #graduation #gradschoolisover #livingmybestlife
When in Cleveland...#achristmasstory #youllshootyoureyeout #derangedeasterbunny #leglamp #livingmybestlife #allthelivelongday
This. Is. Beyond. Accurate. 🙌🏻 There are 7 school days between now and winter break, and I’m about 97% positive that it will be complete and utter chaos between now and then. We miiiiiiiiight not make it. 😂 #teachingindecember #chaoseverywhere #keepcalmandstayaliveuntilwinterbreak
A weekend filled with Christmas lights, lightbulb drinks, alllllll the good food, a little axe throwing, and 2 hooligans who can’t take a serious picture to save their lives. 😂🎄☕️👯‍♂️ #livingourbestlives #allthelivelongday #enchantDC #badaxethrowing #weekendvibes