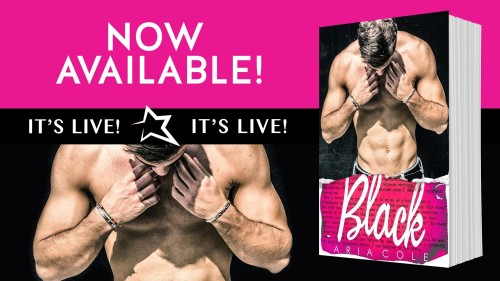 A beast, alone with the horrors of his past, the scar on his face a constant reminder of the man he’s become.

A beauty, on the run with her life in a tailspin, finds herself on his doorstep seeking protection.

Deeply misunderstood and dedicated to his life of brooding solitude, Maxwell Black is hesitant to let Elle McKellan into his home where his hideous secrets hide. But he’s unable to resist the allure of this desperate stranger.

Soon the magnetism between them is undeniable, the temptation unbearable. Elle, reluctant to risk losing her heart to this dark and broken man, struggles against the sexual tension, only to surrender to the combustible heat between them.

When Elle’s life catches up to her and threatens to tear them apart, Maxwell will protect the precious love he’s found by any brutal means necessary.

Black is a sexy, modern spin on the Beauty and the Beast fairy tale and is intended for mature audiences. 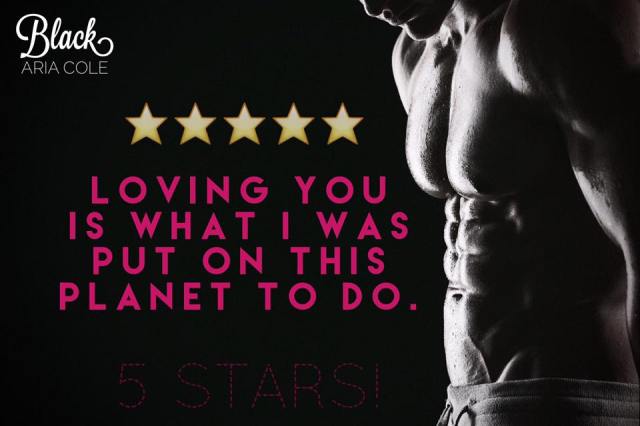 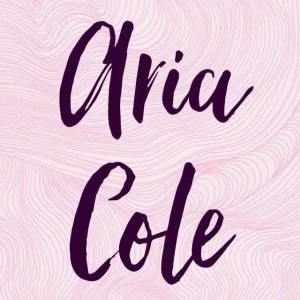 Aria Cole is a thirty-something housewife who once felt bad for reading dirty books late at night, until she decided to write her own. Possessive alpha men and the sassy heroines who love them are common, along with a healthy dose of irresistible insta-love and happily ever afters so sweet your teeth may ache.

Aria’s new release BLACK is the first in her modern fairy tale series. For a safe, off-the-charts HOT, and always HEA story that doesn’t take a lifetime to read, get lost in an Aria Cole book!

Outdoor projector? ✅ Fire pit? ✅ Tumbler filled with blueberry lemonade sipper? ✅ Churros & sopapillas from my favorite Mexican restaurant? ✅ ✅ This is Saturday night and I’m 100% okay with it. (Special shout-out to my little brother who had to watch Titanic tonight...I always love seeing Rose kill Jack when there was 100% plenty of room on that damn door. 🤣) #livingmybestlife #hellospring #therewasroomforjack
Current situation: enjoying this beautiful Sunday, drinking all the iced coffee, seeing how much of this Easter basket candy I will eat (probably all of it 🤷🏻‍♀️), all while falling heart first into another phenomenal book. This. Is. Bliss. (And yes, I’m 29 and I still get an Easter basket. I’m a real winner like that. 💁🏻‍♀️🤣) #sundayvibes #livingmybestlife #booklove #hellospring
S’mores around the fire pit are always a good decision. #livingmybestlife #allthelivelongday #withsmores #hellospringtime
It 7:21 on a Friday night, I’m already in my pajamas, and I’m about to simultaneously drown myself in this drink and chips & queso....And after the week of all weeks, I’m 1000% okay with those choices. #tgif #livingmybestlife #madeittotheweekend #maybeswearingwillhelp
I just bought hard liquor in a church parking lot. I also might’ve done mini shots of said liquor about 50 yards from a statue of the Virgin Mary. If that doesn’t scream that I’m desperate for any kind of human interaction (and liquor), will do anything to leave my house, and that it’s finally warm enough to go outside after 5 months of hibernating because of the panoramic, I don’t know what does. Gotta love Catholic Churches and their craft fairs! They always deliver. 😉🤷🏻‍♀️🤣 #livingmybestlife #allthelivelongday #inachurchparkinglot #withalcohol
After 3 1/2 months of binge reading, 59 books, thousands and thousands and thousands of pages, and countless amazing and unforgettable reading experiences, I’ve reached the end of the line y’all.
Today I am grateful. Grateful to be fully vaccinated. 🙌🏻 Grateful that I made it through another day. (And today I managed to do it without crying and feeling like I was going to have a complete mental breakdown, so that’s a double win.) Grateful for the people who’ve kept me going through the utter craziness that this week has brought. Grateful for my wonderfully crazy tiny humans. Grateful that tomorrow is Friday, and 2 days of rest is on the horizon. Just so beyond grateful. 💜 #trustscience #teachersofinstagram
Almost a year ago I (naively) left my classroom thinking we’d be back in a few weeks. When I walked back into my classroom this morning (for the first time in forever) it was like entering the twilight zone y’all. Our calendar from last year was still up, and so was our old countdown to St. Patrick’s Day. The names of my former tiny humans were even still hanging up on the wall. It was truly like we just left and never came back. Almost a year later, we’re back in the building and about to start hybrid instruction. There are lots of questions about what we’re doing and how it’ll all get done, more hanitizer than I’ve seen in my life, crazy amounts of things to figure out, and lots of differences, but it’s still school. It’s still one of my happy places. And as crazy and different as things are almost a year later, I won’t lie I’m excited to be with my coworkers again and eager to see some of those crazy wonderful tiny humans of mine in person. Teaching is the hardest and craziest adventure out there, but I wouldn’t want to be doing it anywhere else. 💚💙(But I should also probably get around to fixing that year old calendar sometime soon. 🤣) #teachersofinstagram #backtoschool #proudspecialeducator
There is something truly wonderful about taking a walk in the snow, especially when it’s winter wonderlanding outside. ❄️ #winterwonderlanding #livingmybestlife #inthesnow #highlyrecommend