Intoxicate, Book # 4 in the Explosive Series

Can be read as a standalone

Two words Kalli Montgomery never expected to say out loud to Xavier Cruz, even though she’s been in love with the sexy, single father for as long as she can remember. Unfortunately, she hasn’t just been friend-zoned for the past ten years. No, even worse, he’s treated her like a little sister, no matter how hard she tried to prove she could be so much more. When she agrees to spend the summer as the caregiver for his daughter, Lily, she knows it’s her last chance to finally make him take notice.

As unexpected circumstances threaten to disrupt his home life, Xavier’s desperate to keep his family together. He’ll do whatever it takes, even if it means marrying a woman he doesn’t love. For Xavier and Lily, Kalli will do just about anything, even at the risk of getting her heart broken in the process.

Little does she know, sometimes love isn’t quite as unrequited as one may think. Xavier sees her-he always has. And the vow he made all those years ago never to go there with his best friend’s little sister is wavering, and it’s wavering fast. When they come up with a plan that leads to wedding bells, it’s a no brainer.

This marriage of convenience has one rule: absolutely no falling in love.

Easier said than done. Throw together a girl who believes rules are meant to be broken, and a man whose whole career revolves around following orders and you get a recipe for disaster. What could possibly go wrong? 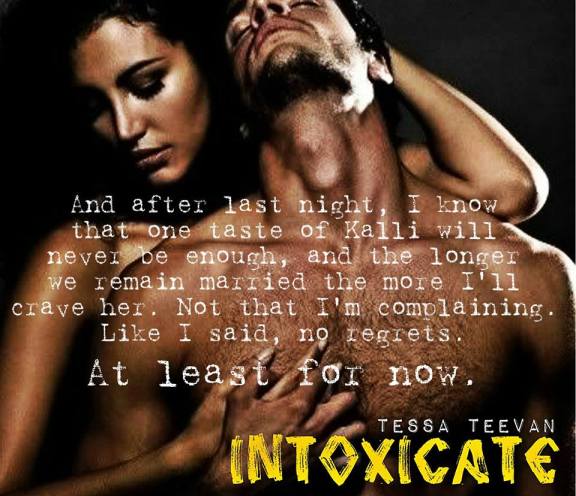 Shooting a glare at him, I throw my hands up in exasperation. “Are you telling me that this whole anticipation thing is one-sided? Is it that easy for you to resist? I really need to step up my game.”

Xavier’s eyes fall to my lips for a quick moment before he looks back up at me. I see the desire in his expression, and without him even saying a word, I know he wants this, too. So why is he making me wait?

His admission floors me. He’s told me before that he “saw” me, but I had no clue it was from the very beginning. I’m not really sure how to process it. In fact, he beats me to the punch.

“So now you know. This will be just as hard for me, but it will be so damn worth it. Because when you’ve wanted something for as long as I’ve wanted you? It’ll be the best feeling in the world when I finally get it.”

“Our first kiss will be that epic?”

“A first kiss to rival them all,” he quips, grinning at me. He holds his arms out wide. “Now, we’ll start with a hug and work our way up.”

“I feel like I’m sixteen again,” I tell him as I wrap my arms around his waist.

His hands come down to my back and he gives me a big squeeze, my head pressing against his firm chest. I love this feeling of being in his arms, him holding me close. There’s nowhere on the planet I’d rather be than right here with him. As much as I want him, I know he’s right. I don’t care when it comes. Because when it does, our first kiss will be unforgettable.

His chest rumbles as he chuckles. He squeezes me tight one last time before letting me go. “And it’s only just the beginning,” he tells me. “Have a good night, crazy girl.”

I’m a twenty something book junkie who is also obsessed with sports. Bengals, Buckeyes, Reds are my teams! I work for the government during the day, hang out with Air National Guard on the weekends, and have been married to my own book boyfriend for over seven years. We currently live right outside of Dayton, OH with our two cats.

If I’m not writing or looking through tons of photos of hot men, all in the name of research, then you can probably find me curled up with my Kindle, ignoring the rest of the world. I love my sports almost as much as I love my books. My other obsessions include red wine, hot men, country music, and all things Grace Potter.

Connect with the Author