Sucked Into Love by Rochelle Paige

Check it out on Goodreads

It’s just Jocelyn’s luck that she meets her match at the fake bachelorette party her best friend throws for her. She knows better than to get pulled into
any of Cee-Cee’s antics. It must have been sheer exhaustion that made her agree to help her best friend out with a work project – one that ended up with
her playing bachelorette for the night!

Andrew knows that he wants Jocelyn the moment he lays eyes on her, but he’s never been one to poach on another man’s territory. He walks away but finds
himself changed by the experience. Imagine his surprise when he sees her again, only to discover she isn’t married and has never even been engaged.

“Hi, Alec. I hope I’m not too early,” I heard a woman say softly after the sound of the door opening. Just the sound of her voice sent a chill up my spine.

“Not at all,” Alec replied. “Mom was just saying how excited she is you could come over before everyone else so she could catch up since it’s been so long
since she’s seen you.”

“How sweet. It’s hard to believe it’s been seven years already. I guess they’re right when they say time flies,” she replied

“And I told you that you didn’t need to bring anything,” he scolded her in a teasing tone as they moved close to the kitchen.

I stood up from the table and hadn’t even taken a step when they made it into the kitchen. Alec hadn’t been kidding when he’d said that she wasn’t a dude.
Jo, the girl my mom was urging my brother to ask out, was the caramel-haired beauty I hadn’t been able to get out of my mind since she was in my club. For
her bachelorette party.

And then it hit me. My brother couldn’t ask her out because she was probably already married. It had been a little more than a month already. I glanced
down at her ring finger and was shocked to find it bare. While I stood there in a stupor my mom had moved to give her a hug.

Five Things You May Not Know About Sucked Into Love:

1. It was going to be my debut book until the idea for Push the Envelope smacked me upside the head and wouldn’t let go.

3. I hadn’t planned on Jason being a major part of this series until he insisted he get his own story – and girl!

4. My favorite part of writing this book was the brainstorming session I had with my best friend many, many months ago.

5. The idea of a boarding school that was famous for some of it’s sports programs may sound far-fetched, but fact is sometimes stranger than fiction as
there really is one in Indiana.

Outside the Box (Blythe College Book 4) 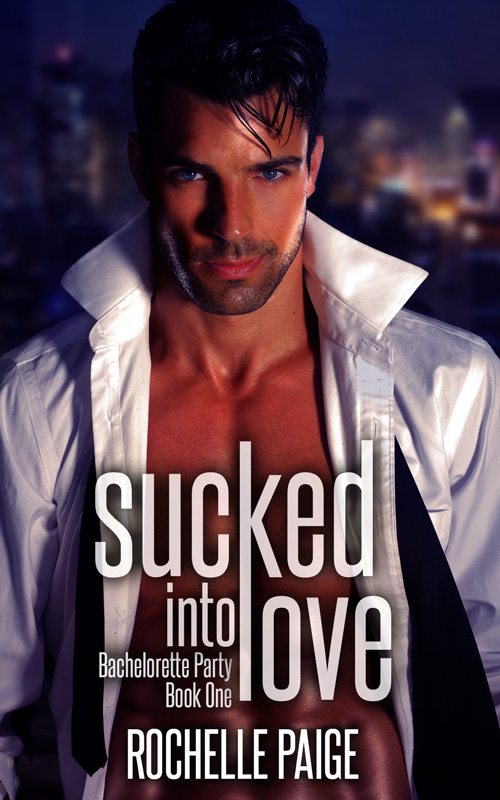