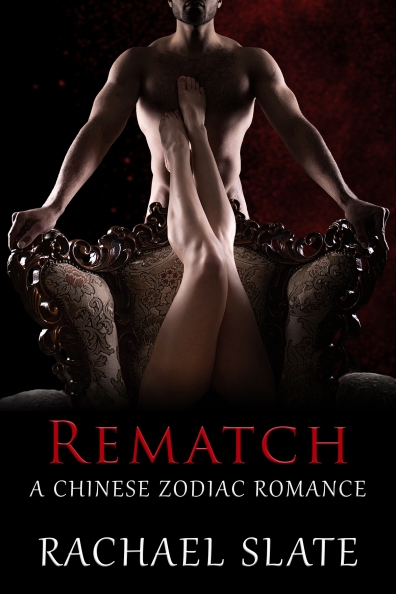 After failing the test to join the Lotus League, Wen Pierce will do anything to prove herself worthy. Even if it means being demoted to a maid in the house of one of the Eight Immortals—Li Tieguai. But this seductive yet surly immortal wants only one thing—her surrender to his rigid control. On his remote, magical island she’ll fade into the background of his tortured existence. Unless she can convince him she can steal anything…including the one thing he believes he’s lost forever.

A spirit outcast and denied…

Tricked by the Monkey King, Li Tieguai lives in shame and surrounds himself with other outcasts, like the spirit animal Cat. But when the vibrant and sultry Wen is assigned to his household and offers to thieve for him, she just might steal more than he planned.

On the edge of redemption, lies temptation…

Li isn’t the only one who can’t resist Wen. The spirit Cat offers Li the solution he’s longed for, but to atone for his past, he’ll have to risk a future…without Wen. 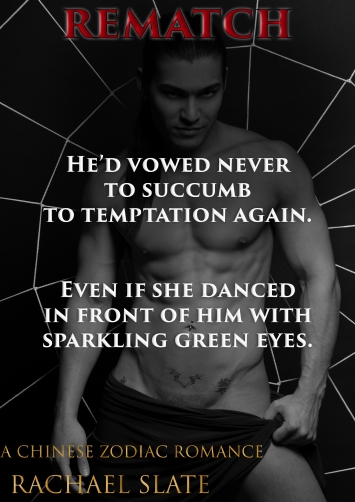 Li froze. It had been years since he’d heard those words. Decades perhaps. Not everyone he’d healed had expressed such gratitude. Not everyone he’d healed had known it’d been him. He’d preferred the anonymity. Back when he’d had a purpose. He lowered his hands and grimaced. What a fool he’d been. He flexed his hands and sneered at them. In a moment of weakness, he’d stumbled into damnation…in a perfect body.

He’d give it up to return to his old self. Lameness, welcomed.

“Don’t say that.” He glanced at her over his shoulder. She rose from the ground with a fluid grace most mortals didn’t possess. Her slender form was lithe indeed. He twisted to regard her straight on.

“Why not?” She tugged her bottom lip into her mouth. His gaze riveted on her soft, pink flesh. His c*ck twitched, aroused for the first time in years. He lifted a brow. Now that was odd. Why did she invoke such a response in his body…the body he despised? He’d once been proud, vain even. Where had that gotten him?

“Because I did not save your life. I preserved one of my servants. What I did was nothing more than stopping a vase from crashing on the tile floors.” The lies stung his tongue. When he’d decided to check on her once more and found her room empty, panic had clutched at his chest.

His scowl deepened as the need to reprimand her clashed with the yearning to pull her close. “I see why the Matchmaker warned you were reckless.”

Her mouth dropped open. “Reckless?” She scoffed. “I prefer spontaneous, or fearless, maybe even—”

He shook his head at her sassy retort, cutting her off. “You might have been killed, and I would have found myself short one maid.” The light left her eyes as he returned the subject to her servant status. Good. He wasn’t the heroic type anymore. Hadn’t been for a long time. He headed for the door.

His hand paused on the knob. She didn’t give up, did she?

A feather-light weight brushed his arm. “Call it what you want. I’m still saying thank you.”

Her sultry murmur spiked fire through his veins. He snared her wrist, whirled them both around, and gripped the back of her head with his free hand. Pressing her against the door, he barred her in with his frame. She gasped, a feminine cry that tantalized his ears. Her body was even more sensuous and lush than he’d imagined. Gentle curves that beckoned him.

So long without touch. He eased his grasp and rubbed circles with his thumb along the silky skin of her throat. Her pulse beat frantically, but her eyes, those jade orbs fastened on him in hunger.

F*ck. The last thing he needed was anyone attracted to this cursed body of his, yet Wen stared through him. As though peering at his soul. “How exactly are you proposing to thank me?”

Her dark lashes fanned out as she lowered her eyes. Coy, she was. Like a feline, toying with him. It worked. He’d never been so intrigued.

“I’ve already expressed my gratitude. I wasn’t making any offers. Unless, you’d like to tell me what that creature was?” Her eyes flashed at him, pupils dilating, her pink tongue flicking out to moisten her lips.

Gods, but he loved the way she met his stare straight on. No hint of intimidation. What made a mortal such as her so emboldened? Still, she’d not loosen his tongue so easily. Whenever he gave Wen one answer, she asked a hundred questions more. Her venture into the garden and encounter with the spirit animal Cat had been a close call. He’d not fuel her thirst for a second glimpse.

Her free hand flattened against his chest and he inhaled sharply at the warmth of contact. He hadn’t permitted anyone to touch this body. Hadn’t ever wanted anyone to. With her, the yearning was almost unbearable. He desired her hands, her mouth, her tongue. Everywhere.

Her stroking lightened as she trailed her fingertips downward.

He swallowed hard. He ought to stop this, whatever it was, but hell, curiosity demanded he allow her game.

Her fingertips left his bare flesh, one by one, until only the tip of her index finger continued its downward path. An inch above his waistline, she paused. Her gaze flicked back up to his, one eyebrow arched. Was she asking his permission? Bloody hell, no way she’d missed the thick outline of his erection.

She drew her bottom lip between her teeth. Indecisive? Perhaps he should encourage her exploration. He bent forward and feathered his lips against hers. Once. One taste, and then he pulled back.

Her mouth parted, those soft, velvety lips inviting him deeper. He eased his grip off her throat and caressed his hand along her collarbone. Her warm, sweet breath heated through his body, making him shudder with need. Pressing his lips to hers again, he flicked his tongue along hers slowly, careful not to unleash too much passion upon her. She was mortal, after all.

She moaned, her body melting against his as she lifted her leg to stroke her knee along his thigh. Coaxing him closer. He released her other hand and she glided it across his abs, her exploration firing explosive sparks over his skin.

This tight leather outfit she wore provoked him. Taunted him. He yearned to peel it off her. With his teeth.

As he thrust his tongue inside her mouth, he skimmed his hand over her pert breast and around to grab her *ss, aiding her thigh higher. Cradling his hips against hers, he ground their lower bodies together.

Suddenly, she wrenched her lips off his, twisting her head to the side. Her skin was flushed, her breathing in irregular pants. She clearly desired him, so why had she stopped?

“I believe this belongs to you.” 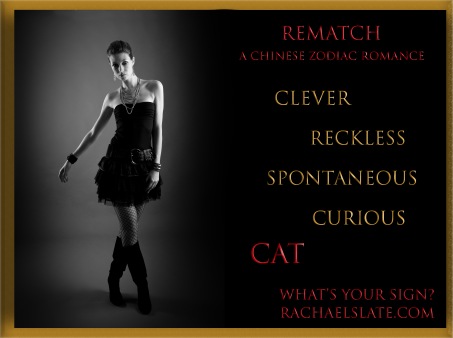 Rachael Slate resides on the West Coast of Canada with her husband and two children—or as she likes to call them, her own little blended world. One of the best parts about sharing in her husband’s Chinese-Malaysian culture is definitely the food—and the awesome celebrations!

Rachael writes stories that blend the lines between mythology, reality, and fantasy. In her worlds, you’ll encounter strong, sexy alpha males and the capable women who challenge them. And always, scorching hot romance.

To find out more about Rachael Slate, visit her website at http://www.rachaelslate.com or sign up for her newsletter to learn about upcoming releases at http://rachaelslate.com/Register/Maillist.

Rachael would love to hear from you. You can email her at rachaelslate@outlook.com or find her on social media here:

One thought on “Rematch by Rachael Slate”